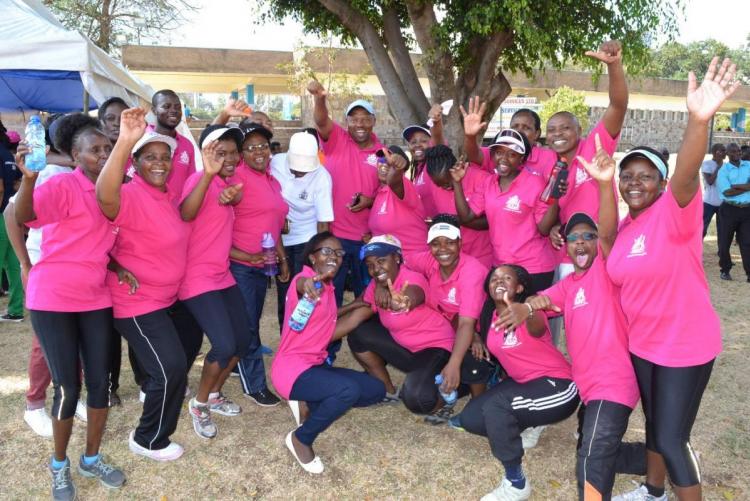 The history of Students Welfare Authority (SWA) is intertwined with that of the mother institution - University of Nairobi. Like all organizations, SWA has undergone fundamental changes to evolve into a dynamic entity that it is today. Students Welfare Authority accommodates the largest number of clients compared with any other institution in the hospitality industry. It is with pride that we can state that we have served the largest number of University graduates and presently we accommodate the largest number of students in this region close to ten thousand. SWA has faced and responded to challenges broadly in three categories, structural, capacity and policy changes.

On the structural front the following observations can be made. Its genesis can be traced to 1970 when a Department of Catering and Residential Services was established. Even early then there were problems of accommodating all students who were admitted and as a response a Halls Institute was established alongside the department to provide residential services to students who could not get these services within the University halls of residence. The Halls Institute was abolished in 1980 following recommendation of the Senate Committee and its functions taken up by the office of the Dean of students. This was perhaps the beginning of a spread of welfare functions to more than one department in the University. Owing to the growing demand for accommodation the governmentformed a Department in the Ministry of Education to take charge of accommodation and catering in all Public Universities. University Students' Accommodation Board (USAB) was thus established in 1983 and was to run up to November 1989 when it was disbanded following unrest by University of Nairobi students. The Senate then took a bold step by establishing Student Welfare Authority (SWA), as one of its organs accountable to the University Council.

The main complaints by students then were USAB's inability to meet its obligations and offer quality services to students. This challenge persisted as the successor unit was still centralized yet by this time the University had established geographically dispersed campuses. So as to respond to this challenge SWA was decentralized in 1996/97 academic year, creating a total of

10 Strategic Management Units (SMUs) each manned by a Manager. Essentially this is the organization structure that is in place today though there have been attempts of restructuring as explained in 'Report of The Performance Improvement Team' by Francis Mulwa in 1999.

On the capacity front many changes have been witnessed. Over the years SWA has evolved to a six hundred-employee force serving about ten thousand students. It should be noted that since the introduction of Pay As You Eat (PAY. E), the catering department serves all customers and hence as at today SWA serves a larger constituency than just students. Accommodation based on bed space has also dramatically changed over the years to over 10,000 students to date. One is tempted to say that many gains to SWA are and can be attributed to goodwill by thegovernment, donor agencies and Kenyan's philanthropic spirit. The Asian community whosecooperation with East African governments saw the very establishment of Nairobi University was to spread to SWA in the building up of halls. The American philanthropy through USAID was also instrumental in putting up more halls. The Kenyan government too made its contribution mainly by surrendering its assets, which were close to the University. In 1977/78 after students' unrest the government surrendered State House Road Hostel to the University. The government was to surrender Government Secretarial Training Institute in 1989 to become today's Parklands Campus, which came with a two hundred and forty six bed spaces. In 1986/87 the University's student population swelling under a double intake made the administration to put up 10 Prefabricated blocks in Mamlaka Unit with a capacity of four hundred and eighty bed spaces. The University approached the government for extra assistance and this time the government gave part of the Kenya Institute of Administration (KIA), which came with a bed space of five hundred and eleven. This part of KIA became Lower Kabete Campus that houses the faculty of commerce students. The university has since put up nine additional blocks each with a capacity of forty-eight students.

In April 2005 the Ministry of Education appointed a Public Universities Inspection Board (PUIB), which recommended the establishment of Kenya Science Teachers College as a campus of the University of Nairobi to offer Bachelor of Education Science (B. Ed Science).  The University Management Board made an inspection of the facilities in readiness for takeover in May 2007 and subsequently Kenya Science Campus admitted the first batch of students in October 2007. this therefore became the 11th SMU of Student Welfare Authority coming with a bed space of more than 600 students.

In the policy category several changes have happened. The greatest change in Catering department was a transition from state prepaid meals to Pay As You Eat (P.A.Y.E.). In 1991/92 academic year payments for tuition and PAYE was introduced but this led to student unrest hence the closure of the university for a period of nine months. The policy stood the taste of time and was accepted reluctantly by the students. It should be pointed out that introduction of user fees was part of the Structural Adjustments Programmes (SAPs) by World Bank and other multilateral donors. This new policy was hurried and response was as to be expected. Students resisted this change and the Catering Department began grappling with the challenges that P.A.Y.E. brought. For example, the University transferred personnel from finance to take charge of P.A.Y.E without the requisite training and bonding with the staff that was already in SWA. Students' response was to be ventilated in hostility towards staff and the University leading to grilling of almost everything. Antagonistic relationship between students and staff characterized by hostility and vandalism was never to disappear on its own. It is a legacy that both SWA and students must shed off. The shift from free meals to P.A.Y.E. and poor students financial base has in part led to challenge of cooking in the halls of residence.

© University of Nairobi 2020.  All rights Reserved.