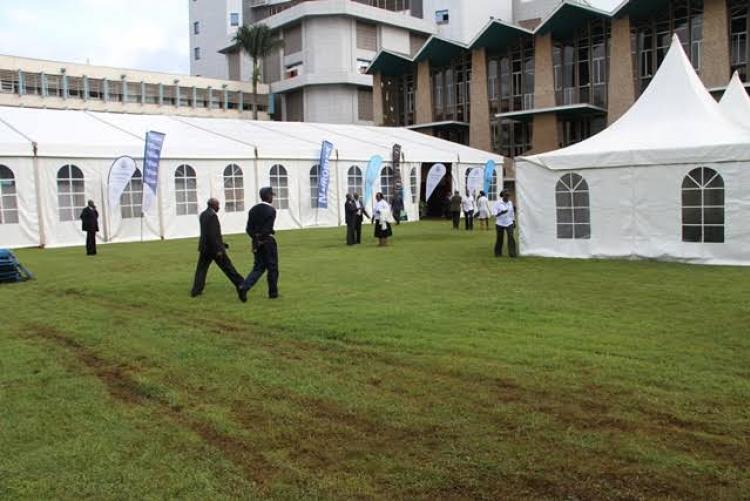 Welcome to the Website of the Security Department of the University of Nairobi. The University of Nairobi is the premier institution of Higher education in Kenya which Started as Royal College of E.A in the year 1956 and became fully fledged University in 1970. The inception of security department is traceable to   a humble beginning early 1968 when the University established Security Section under the Caretaker Section in Estate Department. Security service was provided by a few guards at night and by porters during the day.  At Main Campus three guards were in-charge of the whole Campus at night as crime was relatively low those days.

In 1978 due to increased incidences of crimes occasioned by upsurge of students/staff population the Department was extricated from Estate department and Security Department was created headed by Chief Security Officer. In 1984 the University Management Board in liaison with the government seconded a Chief Security Officer from Kenya Police to help deal with unbridled student riots.  Thereafter the section was strengthened by hiring more security Personnel who were posted to outer Campuses. Security provision however continued to be co-ordinated from Main Campus by the Chief Security Officer. The University had many vacant houses spread all over the campuses which called for hiring of more guards to take care of them. In  1989 when USAB (University Service Board) was disbanded the department had an establishment of 500 guards and several Officers.  The Chief Security was at the time deputized by two deputies who were in-charge of zones: Zone ‘A’ - Comprising of Kikuyu, Upper Kabete, Lower Kabete, Kibwezi  and  Machang’a. Zone “B’ - Comprising of Chiromo, Main Halls (SWA) and CHS. Parklands and Main Campus were directly under the Chief Security Officer. In March 2001 the University carried out retrenchment an exercise which negatively affected its operations.  At the time of retrenchment, the Department had up to 303 guards against an establishment of 625 and out of the 303, 195 were retrenched.

© University of Nairobi 2020.  All rights Reserved.